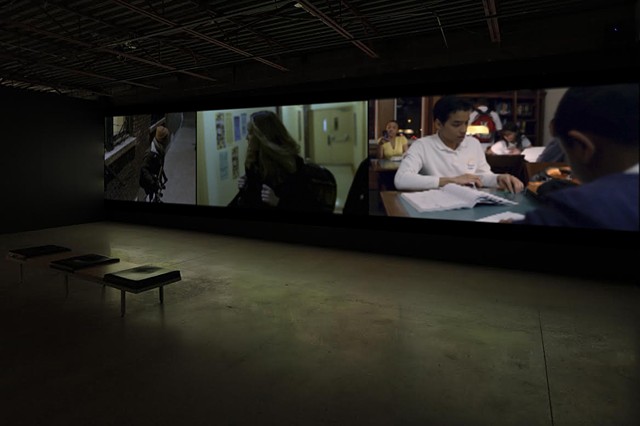 Law and Order
< previous next >

The 'cold-opens' or small vignettes that kick off each Law & Order episode were used to create this installation. Seasons 1, 10, and 20 were used, spanning footage from 1990-2010.

Footage was edited from morning to night, each decade (one projection per season) marches through the longest most intense NY day.